Outline of the network

To enhance the seismic safety of buildings, it is necessary to understand the characteristics of earthquake ground motions and the behaviors of buildings during earthquakes. The Building Research Institute (BRI) is performing strong motion observation in order to investigate the actual dynamic behavior of buildings and is conducting research projects in relation to this motion.

BRI has installed strong-motion instruments in major cities throughout Japan. More than 80 observation stations are now in operation as shown in Figure 1. One-third of these stations are located in Tokyo and its outskirts. All of the stations are equipped with up-to-date digital strong motion instruments and are connected to BRI via public telephone lines or the Internet in order to maintain these instruments and to collect strong motion data immediately after an earthquake. The dynamic behavior of buildings during earthquakes is our target. Therefore, acceleration sensors are basically placed at the top and in the basement of a building, and optionally on the nearby ground. 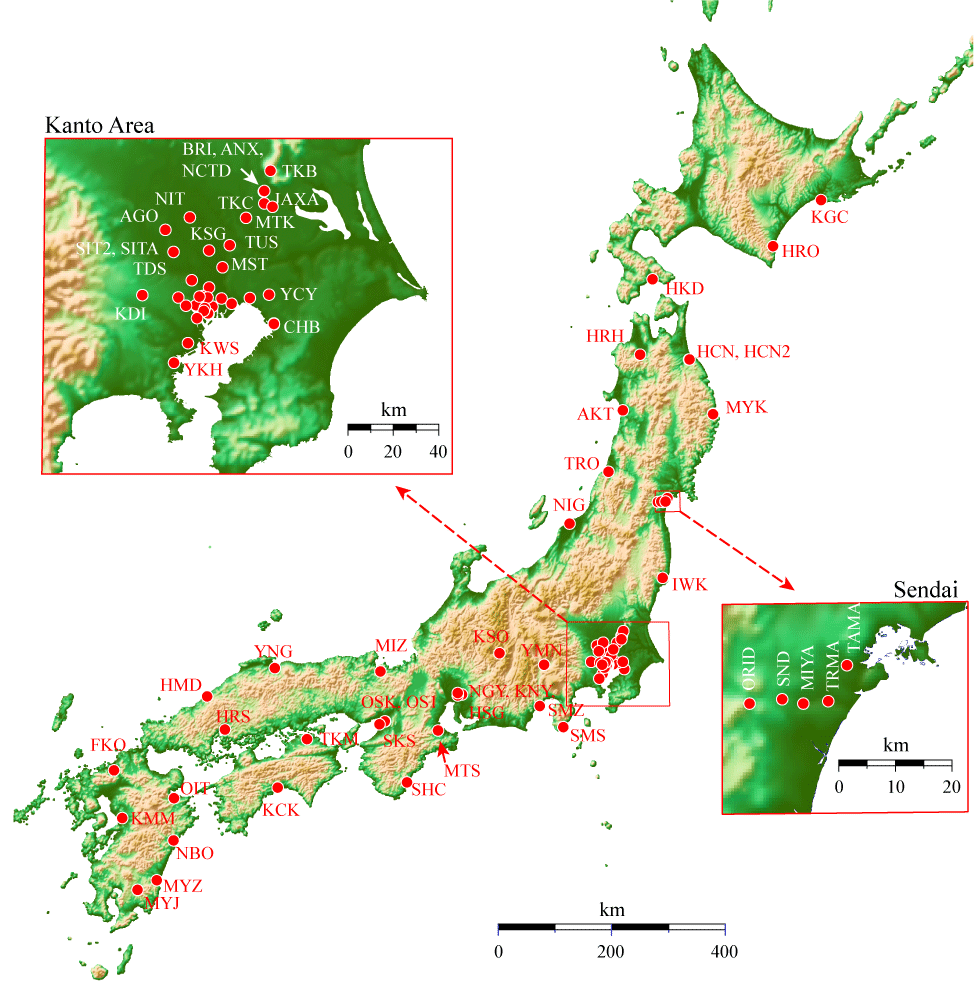 The BRI strong motion network has obtained a number of noteworthy records, such as the acceleration record from the 1964 Niigata Earthquake and the 1978 Off Miyagi Pref. Earthquake. The former was the first set of records from a disastrous earthquake in Japan, and the latter included a record with a PGA exceeding 1G. In another example from the 1993 Off-Kushiro earthquake, a peak acceleration of 711 cm/s2 was observed at the ground surface at the Kushiro JMA Observatory. Moreover, an enormous acceleration record was obtained in the new Hachinohe City Hall building for the 1994 Far Off Sanriku Earthquake. The peak acceleration at the 6th floor reached about 1 G. Damage to the new building was slight, but an adjoining older building was severely damaged. The record was valuable for investigating the failure process of the building.